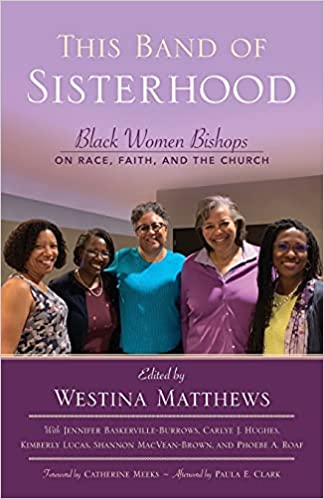 Join us on Wednesday, October 27 for a special online conversation with the first five Black women to be elected diocesan bishops within the Episcopal Church!

The Absalom Jones Episcopal Center for Racial Healing, Church of The Heavenly Rest, Washington National Cathedral, and Trinity have joined together to offer this historic gathering.

The book, This Band of Sisterhood, written by the Bishops, can be purchased at a 20% discount when ordered from Church Publishing Incorporated, through November 30, using the promo code Band20.